Get ready for BINGO! *
Escape to Ponderosa JUNE * Collector's Corner

Come take a peek at our guest star forum. Here you will find bios on many of our Bonanza guest stars. We offer guest star pictures of the day and regular guest star discussions.

Miss Nolan began her acting career in the Pasedena Community Playhouse. While attending Los Angeles City College in 1932, she made her radio debut in “Omar Khayyam.” 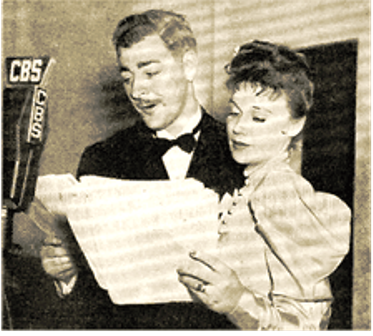 In 1935, Jeanette married John McIntire and the two remained married until his death in 1991.

In the 1930's, long before Montana became a popular hideaway for show business stars, the couple maintained a log cabin in the Rockies just three miles from the Canadian border and fourteen miles from the nearest mail drop. There, they watched the stars through a skylight in the roof, fished for trout off the back porch, bagged an occasional bear or deer for food, trapped beavers (whose fur became a coat for Miss Nolan) and weathered temperatures of 55 below zero. She baked her own bread, churned her butter and in one year, she said, put up 500 quarts of vegetables, fruit and venison.

Her film debut came in 1948 when she played Lady Macbeth opposite Orson Welles in “Macbeth.”

In 1959, Jeanette landed the role of Annette Deveraux (on left) in the series, “Hotel de Paree”, also starring Earl Holliman.

Jeanette’s talent for bringing characters to life kept her working steadily with appearances on “Wanted Dead or Alive,” “The Real McCoys,” “Have Gun Will Travel,” “Laramie,” and “Ben Casey.”

1960 – Jeanette Nolan has the rather curious distinction of having provided a series of screams for "mother" in “Psycho” in which, coincidentally, her real-life husband (John McIntire) played Sheriff Chambers.

Jeanette was a regular on “The Richard Boone Show” from 1963-1964, starring in 25 episodes in various roles alongside the top stars of the day.

In 1966, Jeanette starred as Annie Connors on Bonanza in season 8’s “Old Charlie,” alongside her real-life husband, John McIntire (Charlie Connors) and their son, Tim (George and Billy Barker). Here’s a look at the fight scene between Annie and Billy – real-life mother and son!

"The Virginian"
Jeanette first guest starred on “The Virginian” in 1963 as Helen Dyer in “The Mountain of the Sun.” Then, from 1967-1970, she played Holly Grainger opposite her real-life husband, John McIntire (Clay Grainger) as owners of Shiloh Ranch.

In 1981, Jeanette was the voice of Widow Tweed in “The Fox and The Hound.”

Here’s Jeanette opposite Peter Faulk in 1978 on “Columbo.”

In 1983, Jeanette starred with husband John McIntire on “Quincy.”

And again, in 1984, opposite her husband, John McIntire, in “Cloak and Dagger.” 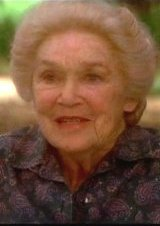 1974 - Best Lead Actress in a Drama “Gunsmoke” as Dirty Sally

Jeanette and husband John McIntire had two children.
Tim McIntire (1944-1986) was an actor, and Holly McIntire (1946-) is also an actor, married since 1969 to Charles Wright, who was named Poet Laureate of the United States in 2014.

Jeanette Nolan passed away on June 5th, 1998, at the age of 86 at Cedars-Sinai Medical Center following a stroke.

This topic has 2 replies

Users browsing this forum: No registered users and 3 guests